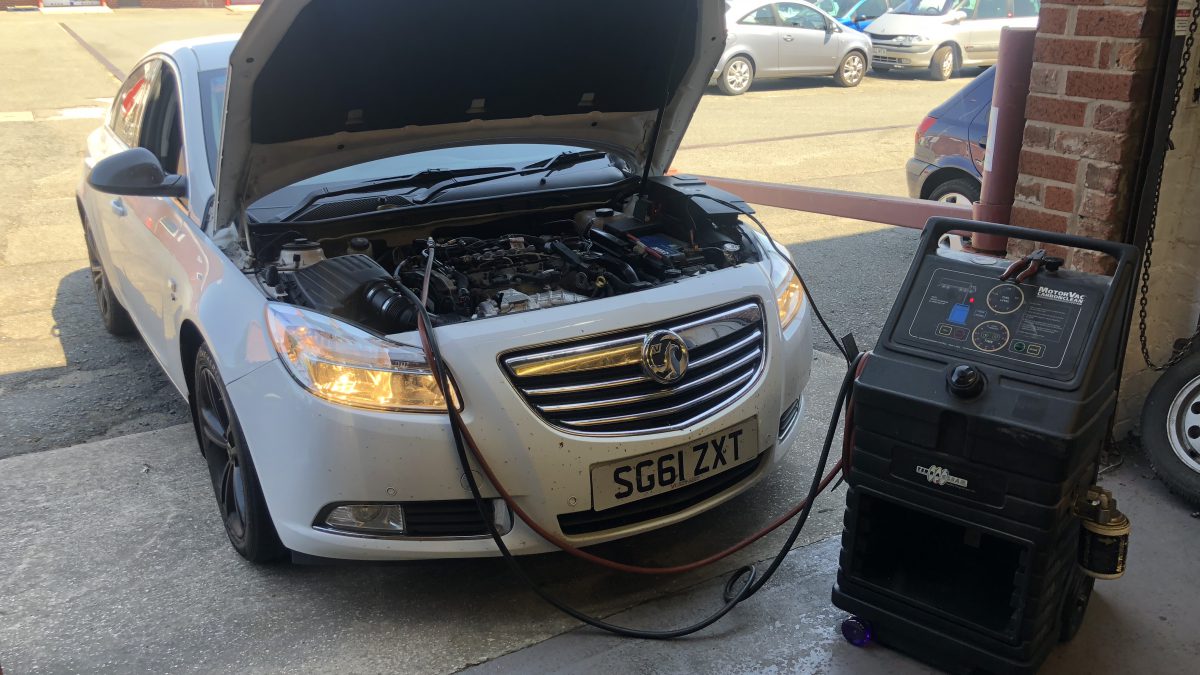 Graham brought his Vauxhall Insignia to us due to it starting to smoke a little whilst accelerating. He was concerned that if it was smoking now then when it comes for MOT it will fail on emissions!

We carried out an initial smoke test to ensure there was no air leaks in the system before moving onto the Terraclean fuel service… first we disconnect the engines fuel lines from the engine and connect up to our Terraclean machine which has its own fuel tank containing the patented Terraclean fluid, we then run the vehicle on the fluid for a total of 60 minutes (20 min run, 20 min soak, 20 min run) this ensures that the fluid is fully through the vehicles fuel system restoring injector spray pattern, cleaning combustion chambers and removing harmful carbon/varnishes and gums from within the fuel/combustion system.
Once the cycle has finished we reconnect the vehicles own fuel supply and take on a roadtest to remove the remaining Terraclean fluid.
We noticed on the roadtest that the smoke had stopped and that the vehicle felt a lot more responsive… Graham took it for a quick drive and immediately commented on the lack of smoke and said it had a lot more poke when accelerating!
If you’re interested in our Terraclean services then get in touch on 01513742421

We mainly operate from our workshop in Ellesmere Port but occasionally do offer a mobile service as well. 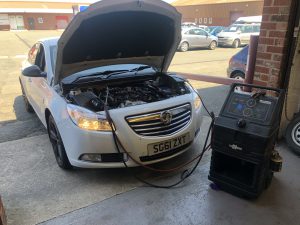